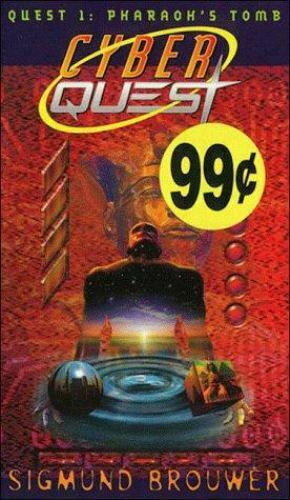 We’re joined by the hosts of one of our favourite shows, Adventures in Ideology, to talk about the first Cyberquest story, The Pharaoh’s Tomb, by Sigmund Brouwer. It’s Christian propaganda with a thin veneer of science fiction. Like a single coat of science applied with a poor brush by an unskilled painter.

Please don’t read this book. Please forgive us for reading it.

Music at the front of this episode is courtesy of Ross Bugden. 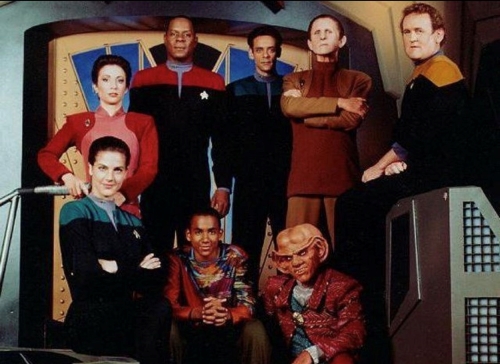 We discuss Tain’s Plot to preempt the Dominion War in Deep Space Nine episodes 20 and 21, “Improbable Cause” and “The Die is Cast”. We get into the real life failings of spies and the probability of hiding 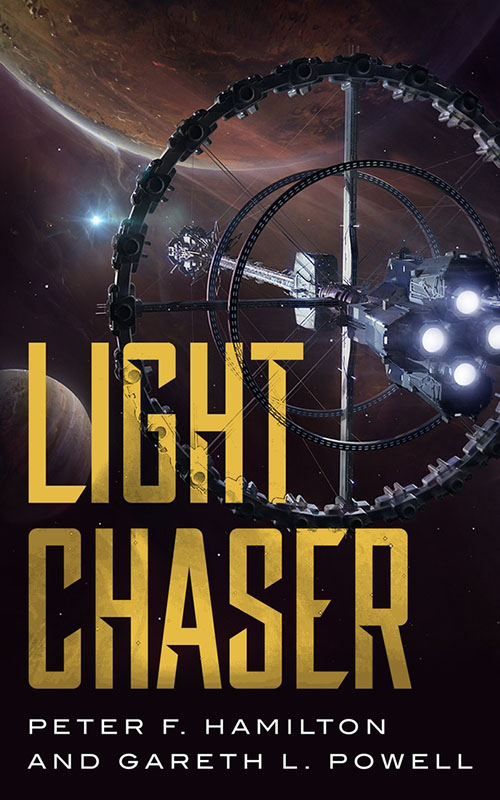 Shards of Earth by Adrian Tchaikovsky

The First Fifteen Lives of Harry August by Claire North

The boys sit down with Struggle Session co-host Leslie Lee to talk about DS9 Season 3 Episode 19 “Through the Looking Glass” and reflect on the meaning of the mirror universe.

Through the Looking Glass

Ben is abducted from Deep Space Nine and taken to the mirror universe where he bones the counterparts of his two women senior officers. He also saves the nascent Terran rebellion from the Alliance and proves once again how bad ass he is.

O’Brien sees himself die and deals with it. Bashir worries about turning 30 and how eventually one day he’ll die and it almost kills him. We also discuss the wisdom of provoking the Dominion and the shortcomings of Jungian analysis.

Romulans are on the station to discuss the Dominion threat and O’Brien is time traveling to solve problems before they even happen. In the end, O’Brien is replaced with a slightly older version of himself.

Bashir makes an enemy of Lethean who is trying to obtain a controlled substance. The Lethean gets inside his head and tortures him (and the audience) with Jungian archetypes. Bashir survives and experiences some personal growth 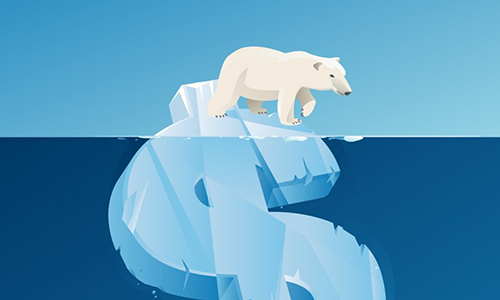 In part one of this series we discussed the origins and significance of Tom Clancy. A big part of Tom Clancy’s success was his ability to write fictional justification for aspirational problems that the Pentagon and the national security apparatus had. Clancy was saying the things that the Navy wanted to hear because they justified ongoing hostility with the Soviet Union which in turn justified ongoing expansion of capital purchases for weaponry, vehicles and other systems. It also justified the ongoing existence of the extremely murderous and disreputable Operations branch of the CIA that was exposed in the Senate’s Church Committee.

The Hunt for Red October is about the Intelligence arm of the CIA supporting a naval operation. This model changes in the subsequent two books; The Cardinal of the Kremlin (1988) and Clear and Present Danger (1989) by pivoting away from the CIA directing the legally constrained military, towards the CIA Operations branch directing armed forces personnel and proxies in covert theaters, without any legal constraints or civilian oversight. In the late 80’s the CIA is in a crisis as the central justification for it’s behavior, the Soviet Union can no longer be credibly perceived as aggressing against the US and the CIA’s own extensive crimes are becoming known. There are two main narratives the CIA uses to justify their continued existence:

Clancy appeals to and reinforces these narratives in his second and third novels. The plot of the Cardinal in the Kremlin (1988) is extremely convoluted, but is derivative of the The Hunt for Red October. The story involves the soviets acquiring, not a stealth sub, but a system to shoot down American ballistic missiles. Essentially the soviet version of America’s defunct laser missile shield, Star Wars. Rather than a Naval battle, the action in the book is carried out against the soviets, by America’s allies…. The Afghan Mujahidin seen bellow. Now you know why they never made a movie about it. This is pure Team B stuff, with a smattering of hey the CIA is doing good work with those fellas in Afghanistan.

By the third book Tom Clancy had the good sense to lay off the Soviet doomsday weapon angle and pivot to the next major threat Drugs and Urban Crime. Clear and Present Danger (1989) focuses on a CIA secret war against drug dealers in Columbia and ‘coincidently’ comes out the same year as the Kerry Report is published. The report is the result of an investigation into the drug trafficking activity of the CIA in Nicaragua by the Senate Committee on Foreign Relations. The findings were damming and conclusive but boring…

We don’t have time for a history of America’s dirty war’s in South America, but it is important to note that the hallmarks of the CIA’s programs through Central and South America from the mid 70’s to 80’s (arguably to the present) were the creation of death squads who drove mass migration of refugees from South and Central America into the US as well as imported tons of cocaine and heroin for criminal gangs into major American cities.

Clancy was delivering big on supporting CIA operations in a time when it is extremely obvious that the CIA’s operations are amoral, ineffective, and destabilizing to US interests. So at exactly at the same time the news is saying “The CIA was actively involved in drug trafficking’s into the the US to fund arms for the purpose of committing mass murder of civilians”, one of the top selling books is about how the CIA is stopping the drugs at it’s source. This is exacerbated by a media establishment that soft pedaled the accusations, and much of the CIA’s wrong doing was waived away in the name of anti communist zeal. The net result was that for much of the reading and movie going public, all that many people understood from the coverage was CIA, Dugs, South America…. Bad? Clancy was successful because he would take the key buzz words of any controversy and weave a comparable narrative involving the same or similar key points to alter the meaning of those events into CIA, Drugs, South America…. Good!

The movie version came out several years later, while the Iraq War bombing campaign was under fire for causing massive civilian casualties despite insistence on the accuracy of American arms. So in the movie we see the bombing of a house with kids nearby during the botched assassination attempt of a criminal kingpin. The principle is the same as with the books: take things people know are problems (i.e. killing civilians) and provide a “reasonable” explanation that makes the unjustifiable action justified.

This method of taking real places, people and events, then changing things slightly to complicate public perception and rewrite historical events was how Clancy was going to break out of just selling anti-soviet fear mongering. He was not only going to write some spy books he was going to write an Alternate history of the United States. The history he writes, along with his successors, about the secret war being raged by the people in the Intelligence Services against America’s enemies, will be foundational in the creation of Q anon. 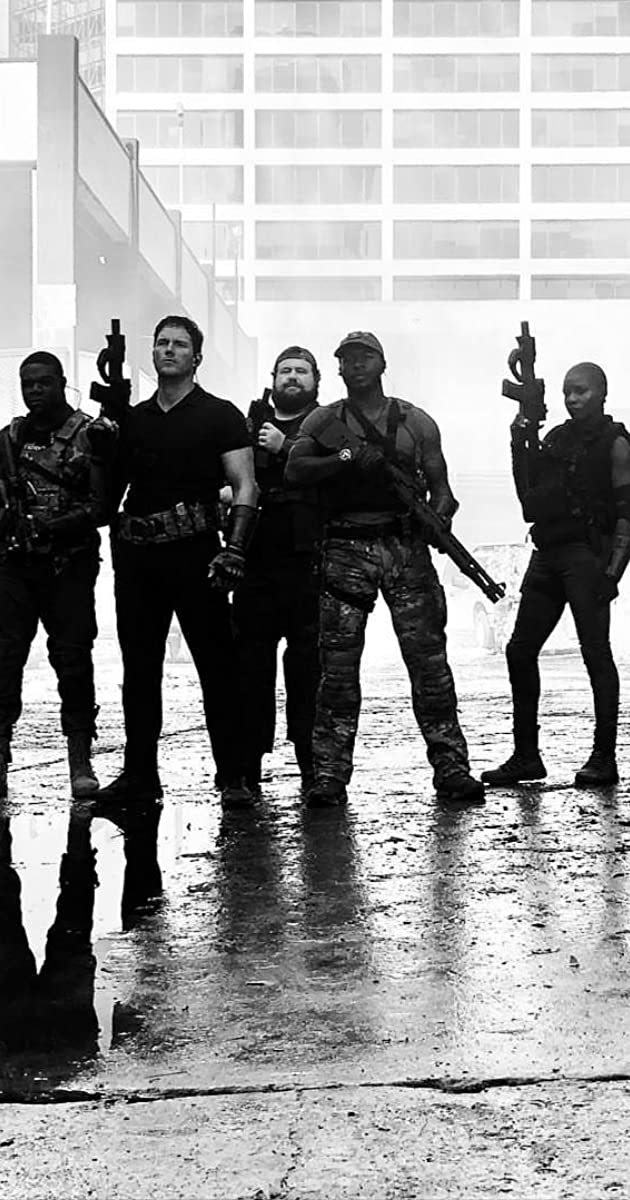 On the brink of catastrophic climate change and America’s defeat in Afghanistan, one movie will pretend neither of these things are happening.

Is it love, or is it psychic contagion? We talk love, relationships, and vaccines as the boys review season 3 episodes 10 and 14, “Fascination” and “Heart of Stone”. Come for the kissing and stay for listener questions.